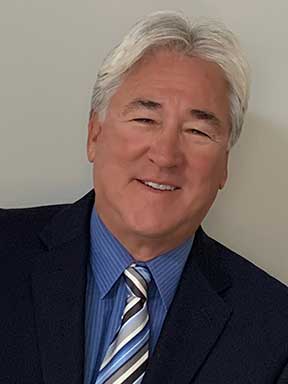 In 2003, Mark Francis was honored for his career work in the field of Special Education by the Michigan Association of Administrators of Special Education (MAASE). As the state of Michigan closed their state institutions, Mark worked with his team to develop new programs that would meet the extreme needs of Michigan's and Oakland County's most challenging students. He was the Principal of Oakland County's largest center program for 9 years. He was the first Native American to receive this award in the State of Michigan. Many of his team also was recognized for their work by the ARC of Oakland County.

Mark served as the Director of Special Education for a large urban county that included the city of Detroit. He also served as the Director of Special Education for a small rural county in southwest Michigan. In his work with Michigan's largest county, not only did he help develop policy, he oversaw the educational needs of over 48,000 students with special needs. He has served on a variety of local, state and national boards, committees and task forces. This would include President for the State of Michigan's Council for Exceptional Children (CEC); the Board for National CEC's Division for Autism and Developmental Disabilities; Executive Board member (Current President) for the Division of International Special Education and Services (DISES); Member of the American Indian Caucus; MAASE's Framework for the Future which worked on developing recommendations for new state rules and many other local and state committees. He has been interviewed numerous times by Detroit area newspapers and Education Weekly on various issues in Special Education.

In 2009 Mark incorporated FYI-CSI, llc to begin the second phase of his career to the support of student's with disabilities. Over the years FYI-CSI has grown from a one person operation to a company with many employees and consultant with the single belief that all students can and have the right to learn.

Mark has worked with the Bureau of Indian Education; the governments of Tobago and Jamaica; agencies in Kuwait and universities in South Africa, the United States and Ireland. He has been a Key Note or Featured Speaker in countries such as Poland, Jamaica and South Africa. Plus he has presented in Portugal, Bulgaria and across the United States. Mark developed the first English speaking conference for Children with Disabilities in Havana Cuba in 2016.

Besides his work with FYI-CSI, Mark served as the Executive Director of the Midwest Region for Futures Education of Springfield and Senior Consultant for Winsor Learning. Winsor Learning works with districts in a systematic approach to adding Para-professionals and than a step down plan when a student has achieved their goals.

When in the country, Mark consults with districts across the country in analyzing the effectiveness and efficiencies of their special education programs. He also works with districts in assessing the current use and needs of para-professionals. He is has a two year contract with Ferris State University to provide Special Education Analysis for all 20 of their current Charter Schools.

Mark has testified before Congress in the State of Michigan's Joint Committee on Administrative Rules (JCAR). He is also active with local, state and national politics as it impacts education.

Mark is an active member of National CEC and the current President of the Division of International Special Education and Services (DISES) and believes that all students can learn. Systems need to be established that are "Student-Centered" and not "Adult-Centered". He also supports the United Nations treaty (CRPD) that supports inclusive education for all students around the world.

"We are excited to travel the world to share with others and at the same time learn. We have so much to share in helping kids learn everywhere."