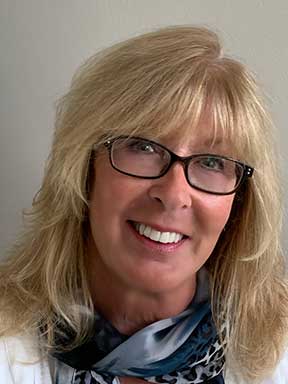 As President, Ms. Young serves and supports the team from FYI-CSI in a variety of capacities. She has a deep belief that we have an obligation to help all students learn. Throughout her career she has carried these beliefs in her work. Besides her work with the team from FYI-CSI she also serves as the Director of Special Education for the Clawson School District in Clawson Michigan.

When she first joined Clawson, she worked with parents, advocates and professionals to develop a completely new program. It quickly was recognized as one of the state's most progressive programs for Students with Autism. Her program was awarded a grant from The National Professional Development Center on Autism Spectrum Disorders. This grant was funded by U.S. Department of Education, Office of Special Education Programs, and a multi-university program. The mission of the Center is to provide resources, professional development, and technical assistance that will increase the number of highly qualified personnel serving children with ASD by promoting evidence-based practices for early identification, intervention, and education that produce optimal child and family outcomes. Three states were selected each year from 2007-2010. We received the Model Site Grant Award in 2010. In addition to providing a continuum of Special Education services, we are continuing our grant work as a model site to promote a greater understanding of best practices as they relate to Autism.

Ms. Young has worked in special education for 26 years multiple capacities. She has served as Supervisor; Transition Coordinator and Director. Her work has taken her to both Michigan and Illinois. She has worked in major urban settings, rural settings and suburban school districts.

While working in Chicago, Ms. Young single handedly worked with the Illinois Department of Education to recapture over a $1,000,000.00 in revenue that was thought to have been lost due to clerical errors.

In her award, Ms. Young has received SESOM Beacon Award from the Michigan Association of Administrators of Special Education in 2005 for her career work but special note was given to the in which she develop the current program for students with Autism.

Contact Us for more information regarding special education world wide.